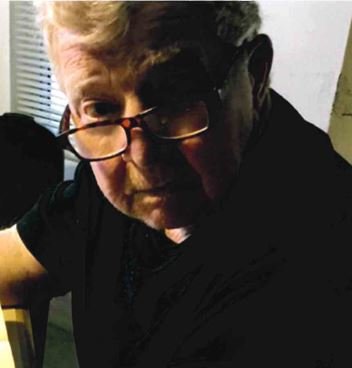 Joseph Downey, 81, of The Villages Florida, passed away peacefully September 3, 2020. Born on September 2, 1939, he was the son of the late Joseph and Margaret (McLaughlin) Downey. Joe became the man of the house early on when his father took ill and was a father-like figure to his younger brother Peter. He lived in Hanson MA for 65 years, building his adult home on an empty parcel of land, right next to his childhood house on East Washington Street, which at one time had been his uncle’s garden and was just a few doors down from many other members of the McLaughlin Family. He had a summer home in Salt Air Village located in Dennisport MA, where he and his family made lifelong friends. Upon retiring, Joseph moved to The Villages, Florida to be able to enjoy summer all year long.

Joseph had a lifelong love for education and spent the bulk of his career fostering students as a math teacher at Hanover Middle School. At his retirement party, a friend and colleague noted that he had become an advocate for kids who struggled in school and that his attention to issues like learning disabilities and self-esteem informed his teaching practice long before it was the standard. Joe himself was a lifelong learner and took great pride in being just 16 credits shy of a PhD before ending his formal education.

Other than teaching, Joe had four great loves: Golf, Cape Cod, his family and friends and most of all, the love of his life, Rosemary Downey, whom he married in 1968 and has missed every single second since her passing in 2016.

Joseph is predeceased by his wife, Rosemary Downey, his parents, his brother, Peter Downey, and his aunt Catherine McLaughlin; who helped raise him when his father took ill at a young age. He is survived by his son and best friend, Timothy Downey, of the Villages FL and his daughter Megan Downey of South Yarmouth MA, who he loved more than words, as well as his nieces and nephews.

While those who love him mourn him now and will miss him forever, he would want everyone to remember him with smiles, not tears, and know that he has gone to be with his wife.

Celebration of Life services will be held at a later date. Arrangements entrusted to Hiers-Baxley Funeral Services, The Villages, Florida. Online condolences may be left at Hiers-Baxley.com

To send flowers to the family or plant a tree in memory of Joseph Downey, please visit Tribute Store

Share Your Memory of
Joseph
Upload Your Memory View All Memories
Be the first to upload a memory!
Share A Memory
Send Flowers