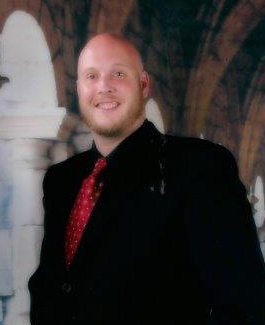 Terrence Neil Thompson, Jr. “Terry”, 51, of Belleview, Florida passed away August 30, 2020 at Ocala Regional Medical Center, Ocala, Florida. He was the beloved husband of Yadira Thompson and the beloved father of Christopher Diaz.

Terry was born in Norristown, Pennsylvania on July 16, 1969, the son of Terrence Thompson and the late Carol Ursani. He grew up in Mystic Islands, New Jersey, moving to Marion County, Florida in the early 1980s. He was a Veteran of the US Air Force, having proudly served his country from 1990 to 1995, working as security police. During that time, Terry was stationed at RAF Bentwaters, England, where he participated in the Peacekeeper’s Challenge. He was also stationed at the military base in Guantanamo Bay, Cuba, where he was part of Operation Safe Haven, which involved thousands of Cuban refugees who were imprisoned there prior to their transfer to Panama. His last post was at Howard AFB, Panama, where he met his beautiful wife. For the past 25 years, Terry has worked for the Federal Bureau of Prisons in Coleman, Florida, where he served as a Counselor to the incarcerated. During his tenure for the BOP, Terry received multiple special act awards and commendations. This past year, Terry was asked to participate in the National Correctional Work Group, held in Washington D.C., where his expertise helped develop a national training program for Correctional Counselors. Terry’s participation in this program was one of his most prized accomplishments.

Terry will be deeply missed by his wife, his “Queen”, Yadira Thompson, his son Christopher Alexey Diaz of Jersey City, NJ, his “Pops” Terrence Thompson and stepmother Liz Thompson of Crystal River, FL, his brother Jared Ursani (Beth) of Washington, DC and sisters, Jennifer Reimsnyder (Brad) of Belleview, FL, as well as Allison Brewer-Reed (Chris) and Keri Bowman (Shawn) of Ocala, FL. He also leaves behind many nieces and nephews, an insurmountable number of friends and a large family both here in the United States, as well as Panama, whom he loved dearly and who loved him just as much, always showering them with intense love and affection.

Terry had an infinity for anything Star Wars and enjoyed watching these movies with his son. He also loved dinner and movie nights with Yadi and Chris. UFC Fight Nights were something that Terry and Yadi loved hosting and attending. He was a true family man and that love for his entire family was well-known. His endearing love for Yadi matched no other.

Terry also enjoyed doting on his Rottweiler, Taboo, riding his Harley and hanging out at Mojo’s. He was an avid fisherman, having secured his Captain’s license and creating Thin Blue Line Charters. His favorite thing was to go fishing in Crystal River with his father and best friends. He was counting down the days to his retirement, and all of the time he was going to spend fishing on his new boat, Reel Shenanigans. He often went by “T” or “Thompson,”and was known for lighting up any room with his big smile, bear hugs and infectious laughter. He was intensely proud of his Irish heritage. His legacy will never be forgotten. He was taken from all of us far too soon.

The family will receive friends at Wings of Faith Fellowship, 5066 SE 64th Avenue Ocala, FL 34472 on Saturday, September 5, 2020 from 10:00 AM to 12:00 PM followed by a Celebration of Life Service. Masks required . For those unable to attend, the service will be live streamed. Interment will be private at the Florida National Cemetery, Bushnell, FL.

In lieu of flowers, donations may be mailed to Veterans Community Project, 8900 Troost Avenue, Kansas City, MO 64131 or online via www.veteranscommunityproject.org , in tribute to Terry. Arrangements entrusted to Hiers-Baxley Funeral Services, Belleview, FL. Condolences may be left at Hiers-Baxley.com.

To send flowers to the family or plant a tree in memory of Terry Thompson, Jr. , please visit Tribute Store
Saturday
5
September

Share Your Memory of
Terry
Upload Your Memory View All Memories
Be the first to upload a memory!
Share A Memory
Send Flowers