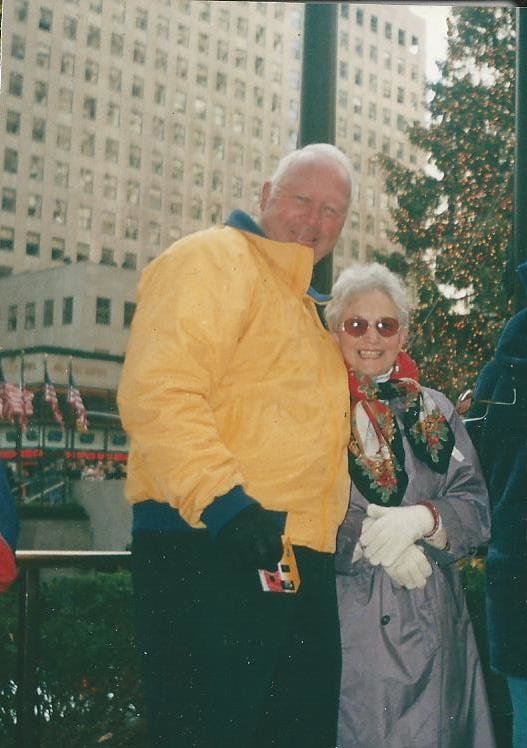 She was born in Evanston, IL to the shopkeepers George and Marian Hill. She lost her father when she was six, and was adopted and raised by Leo Francis McLennon, who would go on to serve as Executive Officer of Naval Air Station Oceana during WWII, and later help to build Park Ridge, IL.

She served our nation as the wife of a young Marine officer at the start of the Cold War, and as his coequal partner as they raised eight children who gave them 14 grandchildren and six great-grandchildren.

She's survived by seven of her eight children and all of their children, and three of her sisters.

A memorial service will be held on Saturday, November 23 at 11 am at Our Lady of the Springs Catholic Church, 4047 NE 21st St., Ocala, Florida 34470. Condolences may be left at Hiers-Baxley.com.  Donations may be made to the Arthritis Foundation (www.arthritis.org).

To send flowers to the family or plant a tree in memory of Grayce Testa, please visit Tribute Store
Saturday
23
November

Share Your Memory of
Grayce
Upload Your Memory View All Memories
Be the first to upload a memory!
Share A Memory
Send Flowers