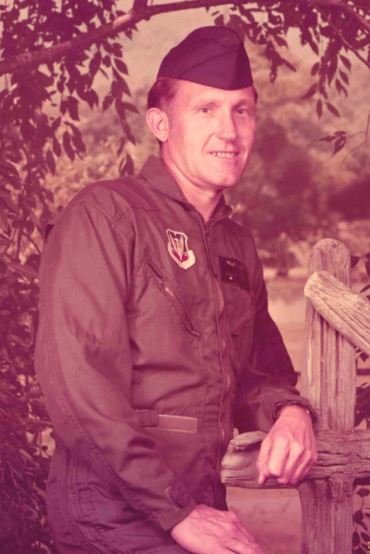 Edward John Moravetz, Jr.  88, of The Villages, Lady Lake, Florida passed away November 3, 2019 at home in the presence of his loving family.  He was the husband of Shirley Moravetz for 63 years.

Edward was born in Baltimore, Maryland a son of the late Edward and Marie Moravetz. He was a Veteran of the US Air Force serving during the Korean War and was a Master Sergeant for the Pennsylvania National Guard 193rd TEW Squad – TAC, MAC, AFSOC, Special OPS,  from 1974 to 1991 serving in Grenada then Gulf War (Saudi Arabia).  He was a member of the Lady Lake American Legion Post 347 and the Veterans of Foreign Wars.

He was a graduate of East Stroudsburg University with a degree in Physical Education.  He taught at Central Dauphin East High School in Harrisburg, Pennsylvania for 30 years as a Driver Education teacher.  He was also a golf instructor and skiing coach for C.D. East H.S. and a football coach while teaching in New Jersey.

Edward is survived by his wife, Shirley  Moravetz and sons,  Michael  Moravetz of Hershey, PA and Alan  Moravetz of  Florida  and daughter, Jo-Ann  Davis of  Satellite Beach, FL.

The family will receive friends at The Hiers-Baxley Funeral Services on Sunday, November 10, 2019 from 1:00 PM to 3:00 PM with a prayer service at 2:30 PM.   Interment will take place at Florida National Cemetery on Thursday, November 14, 2019 at 1:30 PM. Condolences may be left at Hiers-Baxley.com.

To send flowers to the family or plant a tree in memory of Edward Moravetz, please visit Tribute Store
Sunday
10
November

Share Your Memory of
Edward
Upload Your Memory View All Memories
Be the first to upload a memory!
Share A Memory
Send Flowers