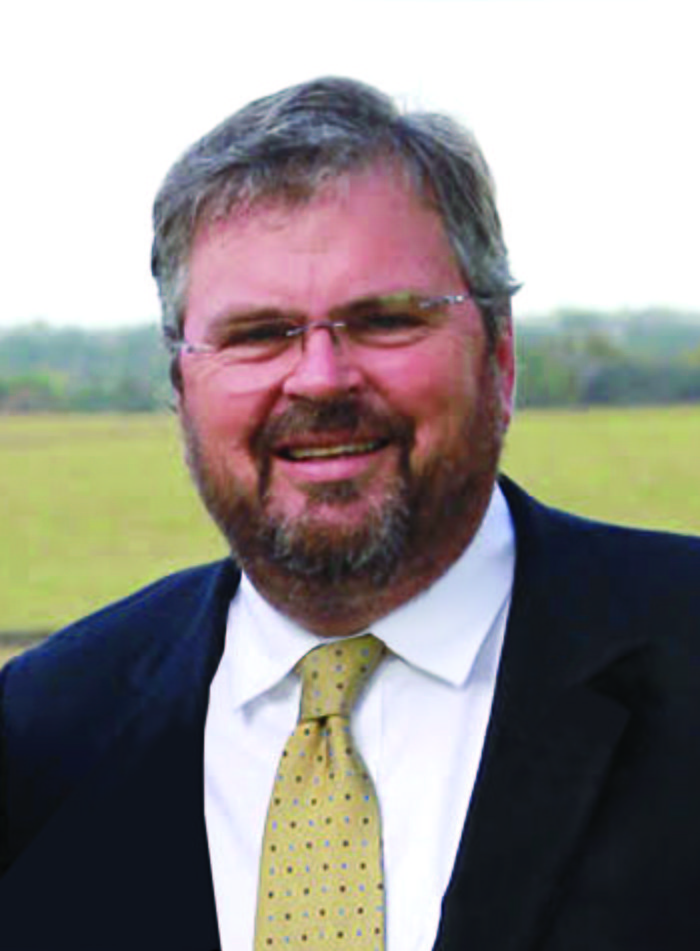 He was born January 12, 1960 in Plant City, Florida, the son of Vince and Marion Strawbridge. He was the second youngest of seven Strawbridge children. Ted grew up in Lakeland and graduated from Lakeland High School in 1978. He graduated from Augusta University (Georgia) in 1983.

While in college, he married Mary Lu Harrell, on August 29, 1981. Following Ted’s graduation from Augusta, he worked in the family’s construction business, prior to receiving a call to ministry that would span the remainder of his life.

In 1985, Ted and Mary Lu moved to Jackson, Mississippi, where Ted entered Reformed Theological Seminary. He graduated in 1989 with a Master of Divinity. From 1989-1992, Ted served as Associate Pastor of Lakemont Presbyterian Church in Augusta, Georgia. In 1992, Ted and Mary Lu moved to Ocala, Florida, where Ted was Founding Pastor of Good Shepherd Presbyterian Church. He served Good Shepherd for 24 years, until leaving in 2016.

Three years ago, Ted and Mary Lu moved to Lookout Mountain, Georgia, as Ted began serving as Pastor of Church Planting & Renewal for the Tennessee Valley Presbytery of the Presbyterian Church in America. Ted’s many years as a pastor enabled him to equip other pastors to lead and serve their churches well. In May of this year, Ted accepted the position of Director of Development and Church Planter Training for Mission to North America, of the PCA denomination. While he and Mary Lu were able to remain in Lookout Mountain, Ted maintained an active travel schedule in serving pastors and churches across the nation.

Ted was an avid reader, a movie aficionado (especially for the buttered popcorn), and enjoyed travel. His third trip to visit Biblical sites in Israel was already scheduled. Mostly, though, Ted was a devoted enthusiast of his children and grandchildren, traveling extensively to attend their activities and games, whether they were playing or coaching. Being present for them was his priority.

Ted always showed up with a deep love for people, and, most notably, he lovingly pointed them to Christ. His persona was characterized by his ever-present smile, his witty humor, and his love of laughter. Moreover, his life was marked by a passionate search for the next ministry opportunity that would impact lives.  Ted was a master connector. The essence of Ted was his ability to inspire people to join him in his adventures, keenly knowing how to get people to come along beside him and engage in his current passion.

He was an instrumental leader in his communities, most notably during his many years in Ocala. He brought semi-professional soccer to Ocala, as co-owner of the Ocala Stampede, of the Premier Development League. He was one of the founders of YoungLife of Marion County, and he established the massive Living Nativity Pageant at Good Shepherd Church, an Ocala Christmas tradition for the past 23 years. Through Ted’s vision, Redeemer Christian School was established in 1999, with Ted serving as a founding Board member.

A memorial of the life and ministry of Ted will be held Thursday, October 10 at 6:00 p.m. at Restoration Southside, 3146 Broad Street in Chattanooga. The funeral will be held Saturday, October 12 at 10:00 a.m. at Good Shepherd Presbyterian Church, 151 SW 87th Place in Ocala.

Memorial contributions may be provided in Ted’s memory to Mission to North America, P.O. Box 890233, Charlotte, North Carolina, 28289-0233, with a notation of Ted Strawbridge – Church Planting. Online contributions can be made at pcamna.org.

To send flowers to the family or plant a tree in memory of Reverend Theodore Strawbridge, please visit Tribute Store
Thursday
10
October

Share Your Memory of
Reverend Theodore
Upload Your Memory View All Memories
Be the first to upload a memory!
Share A Memory
Send Flowers