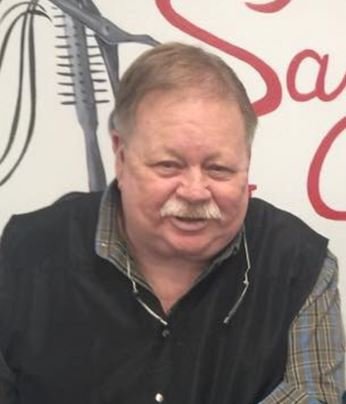 A celebration of the life of Samuel “Sam” Foster Rou, III, will be held at 5:00 p.m., on Saturday, September 21, 2019 at Trinity Baptist Church in Ocala. Visitation will be Thursday, September 19th, from 5-7p.m.at Hiers-Baxley, 910 E Silver Springs Blvd, Ocala with immediate family to receive visitors. Sam passed away on Thursday, September 12, 2019 at home. He was 75.

Sam was born on June 13, 1944 in Wilmington, North Carolina to Samuel Jr “Charlie” and Bernice Rou.  Six months after his birth the Rou family moved to Ocala, where Sam grew up and graduated from Ocala High School in 1962. Sam was blessed to remain loyal friends with many from his graduating class throughout his lifetime. He worked as a photographer for Silver Springs attractions before he went to barber college. Jim Spell and Bobby Prevatt gave Sam his first job as a barber in 1964. Nine years later, Sam became the co-owner with Jaime Johnson of Sam Rou’s Barber Shop in the Ocala Shopping Center. Sam’s barber chair was kept busy at that location for 53 years. Although many will remember Sam as the man they entrusted with their grooming, it was not just about haircuts with Sam. He loved his customers and their families. Generations of young men came through the doors with their families, and their children’s families, and their children’s children’s families. Sam shared in the lives of people up to the fourth generation and leaves a legacy of honesty, care, and friendship in the lives of many. At 6 a.m. you could find him with a cup of coffee and a wordsearch waiting for his early morning customers. He’d have his barber case ready to go if a customer needed him at a nursing home or hospital. He continued to cut hair another year at Sam Rou & Company after the relocation. Sam never officially retired and worked as long as his health allowed. Sam enjoyed hunting, fishing, and golfing but his favorite times were spent with his family, friends, and his beloved wife Janie.

In lieu of flowers, memorial contributions may be made to the Marion Technical College Barbering Program in memory of Sam.

To send flowers to the family or plant a tree in memory of Samuel Rou, III, please visit Tribute Store
Thursday
19
September

Share Your Memory of
Samuel
Upload Your Memory View All Memories
Be the first to upload a memory!
Share A Memory
Send Flowers