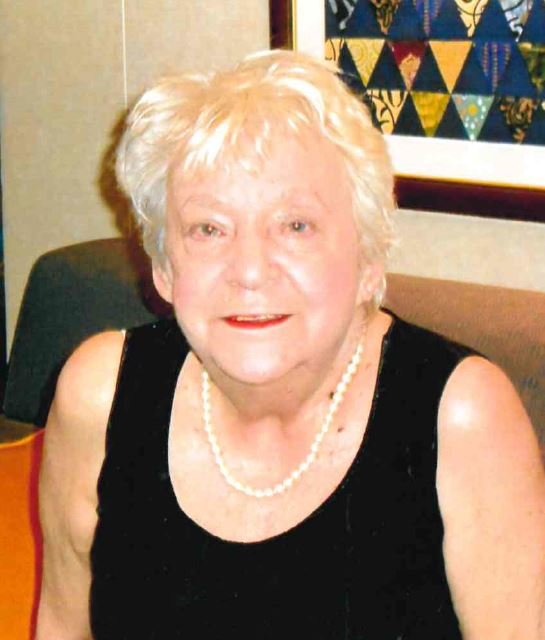 Barbara Anne Ducasse, 81, of The Villages, Florida, and Heaven gained a new Angel on Wednesday, September 4, 2019. She was born on September 5, 1937 in Flatbush Brooklyn, New York. She worked on Wall Street, New York as the Executive Secretary for a Rear Admiral. Barbara was President of Girls in Polish American Association in Port Washington, New York and was Marshal in parade on Polish Day on 5th Avenue in N.Y.C.

In 2005 she moved to The Villages. She joined Operation Shoebox in 2006 and became Table Captain of the Letter Writers. She has written over 45,000 notes to troops overseas herself.

Barbara enjoyed cruising to the Caribbean, cleaning house and decorating.

She is preceded in death by her parents Mary and Harold MacEntee and her brother James MacEntee.

Burial and services will be in New York.

In lieu of flowers contributions can be made to Operation Shoebox, http://www.operationshoebox.com/donations/ or Cornerstone Hospice, https://web.cshospice.org/.

Online condolences may be shared with the family at hiers-baxley.com. Arrangements are under the care of Hiers-Baxley Funeral and Cremation Life Event Center, The Villages.

To send flowers to the family or plant a tree in memory of Barbara Ducasse, please visit Tribute Store

Burial and Service will be in New York.

Share Your Memory of
Barbara
Upload Your Memory View All Memories
Be the first to upload a memory!
Share A Memory
Send Flowers